Buy backs by Unlisted Shares to be taxed : Budget 2013 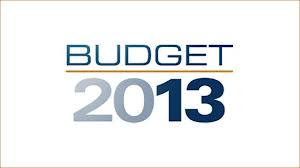 Tax consultants Doshi, Chatterjee, Bagri & Co managing partner A K Doshi claims the move is an attempt to plug a loophole in the Income Tax Act.
"Income Tax Act presently taxes dividend payout by both listed as well as unlisted firms at 16.5 %. However, distribution of dividend through buy-back of shares by both listed as well as unlisted companies attracts lower rate of tax or is not taxed at all. It is for this reason alone that the finance bill 2013-14 has proposed this amendment," Mr Doshi said.

The move will bring about a parity between distribution of dividend and distribution of money by way of buyback of shares by unlisted companies. Rough calculations by tax consultants suggest that the new levy will amount to 22.66 % (including a surcharge of 10 % and education cess of 3 %) on the difference between the original issue price and the amount received from buyback of shares.

Unlisted companies have been resorting to buy back of shares instead of payment of dividends in order to avoid payment of DDT. "The new levy will curb tax evasion to an extent," said another consultant.

Please leave your name and email id along with the comment .
Get the updates from this blog direct to your inbox . Fill in your email id on the home page.

Have you ever invested in unlisted securities ?

Abhishek Securities
We are dedicated in getting our clients the best prices possible for their stocks . We are always on the lookout for better opportunities for investing . This page will keep you updated about the hottest data available.